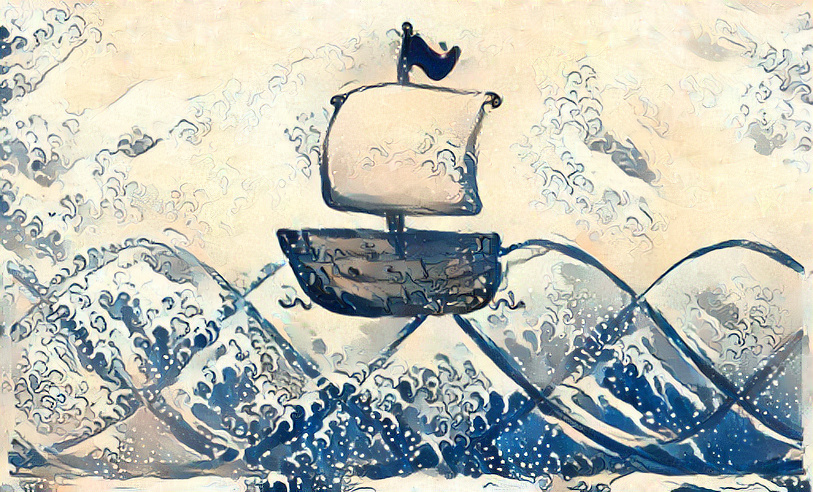 In causal inference we do not want just to compute treatment effect, we also want to do inference (duh!). In some cases, it’s very easy to compute the asymptotic difference of an estimator, thanks to the central limit theorem. This is the case of computing the average treatment effect in AB tests or randomized controlled trials, for example. However, in other settings, inference is more complicated. The most frequent setting is the computation of quantities that are not sums or averages, such as the median treatment effect, for example. In these cases, we cannot rely on the central limit theorem. What can we do then?

The bootstrap is the answer! It is a very powerful procedure to compute the distribution of an estimator, without needing any knowledge of the data generating process. It is also very intuitive and simple to implement: just re-sample your data with replacement a lot of times and compute your estimator on the re-computed sample.

Bootstrap is a procedure to compute properties of an estimator by random re-sampling with replacement from the data. It was first introduced by Efron (1979). The procedure is very simple and consists in the following steps.

Suppose you have access to an i.i.d. sample $\lbrace X_i \rbrace_{i=1}^n$ and you want to compute a statistic $\theta$ using an estimator $\hat \theta(X)$. You can approximate the distribution of $\hat \theta$ by

Why is the bootstrap so powerful?

First of all, it’s easy to implement. It does not require you to do anything more than what you were already doing: estimating $\theta$. You just need to do it a lot of times. Indeed, the main disadvantage of the bootstrap is its computational speed. If estimating $\theta$ once is slow, bootstrapping it is prohibitive.

Second, the bootstrap makes no distributional assumption. It only assumes a representative sample from your population, where observations are independent from each other. This assumption might be violated when observations are tightly connected with each other, such when studying social networks.

In the end, what we are doing is assigning integer weights to our observations, such that their sum adds up to $n$. Such distribution is the multinomial distribution.

Let’s have a look at what a multinomial distribution look like by drawing a sample of size 10.000.

First of all, we check that indeed the weights sum up to 1000, or equivalently, we generated a re-sample of the same size of the data.

We can now plot the distribution of weights.

Now you might have a spontaneous question: why not use continuous weights instead of discrete ones?

Very good question! The Bayesian Bootstrap is the answer.

The Bayesian bootstrap was introduced by Rubin (1981) and it’s based on a very simple idea: why not draw a smoother distribution of weights? The continuous equivalent of the multinomial distribution is the Dirichelet distribution. Below I plot the probability distribution of Multinomial and Dirichelet weights for a single observation (they are Poisson and Gamma distributed, respectively).

The Bayesian Bootstrap has many advantages.

The weights naturally sum to (approximately) 1, so we have to scale them by a factor N.

As you might have noticed, the Dirichelet distirbution has a parameter $\alpha$ that we have set to 1 for all observations. What does it do?

The $\alpha$ parameter essentially governs both the absolute and relative probability of being samples. Increasing $\alpha$ for all observations makes the distribution less skewed so that all observations have a more similar weight. For $\alpha \to \infty$, all observations receiver the same weight and we are back to the original sample.

The distribution of the random weight vector does not have to be restricted to the Diri(l, … , 1). Later investigations found that the weights having a scaled Diri(4, … ,4) distribution give better approximations (Tu and Zheng, 1987)

The new distribution is much less skewed and more concentrated around the average value of 1.

Let’s have a look at a couple of examples, where we compare both inference procedures.

Mean of a Skewed Distribution

First, let’s have a look at one of the simplest and most common estimators: the sample mean.

In this setting, both procedures give a very similar answer.

Which one is faster?

The Bayesian bootstrap is faster than the classical bootstrap 100% of the simulations, and by an impressive 83%!

No Weighting? No Problem

What if we have an estimator that does not accept weights, such as the median? We can do two-level sampling.

In this setting, the Bayesian Bootstrap is also more precise than the classical bootstrap.

Let’s now explore the first of two settings in which the classical bootstrap might fall into corner cases. Suppose we observed a feature $x$, normally distributed, and a binary outcome $y$. We are interested in the relationship between the two variables.

In this case, we observe a positive outcome only in 10 observations out of 100.

Since the outcome is binary, we fit a logistic regression model.

Can we bootstrap the distribution of our estimator? Let’s try to compute the logistic regression coefficient over 1000 bootstrap samples.

For 5 samples out of 1000, we are unable to compute the estimate. This would not have happened with then bayesian bootstrap.

This might seem like an innocuous issue in this case: we can just drop those observations. Let’s conclude with a much more dangerous example.

Suppose we observed a binary feature $x$ and a continuous outcome $y$. We are again interested in the relationship between the two variables.

Let’s compare the two bootstrap estimators of the regression coefficient of $y$ on $x$.

The classic bootstrap procedure estimates a 50% larger variance of our estimator. Why? If we look more closely, we seen that in almost 20 re-samples, we get a very unusual estimate of zero!

The problem is that in some samples we might not have have any observations with $x=1$. Therefore, in these re-samples, the estimated coefficient is zero. This does not happen with the Bayesian bootstrap, since it does not drop any observation.

The problematic part here is that we are not getting any error message or warning. This bias is very sneaky and could easily go unnoticed!

Ok, so I come bearing good news for ~93% of you: esp. those bootstraping complex models (e.g. w/many FEs)

Instead of resampling, which can be seen as reweighting by a random integer W that may be zero, you can reweight by a random non-zero non-integer W https://t.co/Rpm1GmomHg

Indeed, besides being a simple and intuitive procedure, the Bayesian Bootstrap is not part of the standard econometrics curriculum in economic graduate schools.

[1] B. Efron Bootstrap Methods: Another Look at the Jackknife (1979), The Annals of Statistics.

You can find the original Jupyter Notebook here: 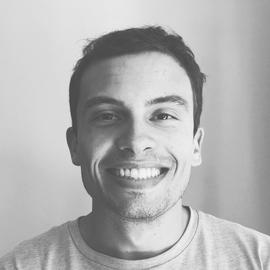 My research fields are empirical Industrial Organization and Competition Policy. My research interests include the relationship between competition and innovation, big data, artificial intelligence, platform markets, peer to peer services.